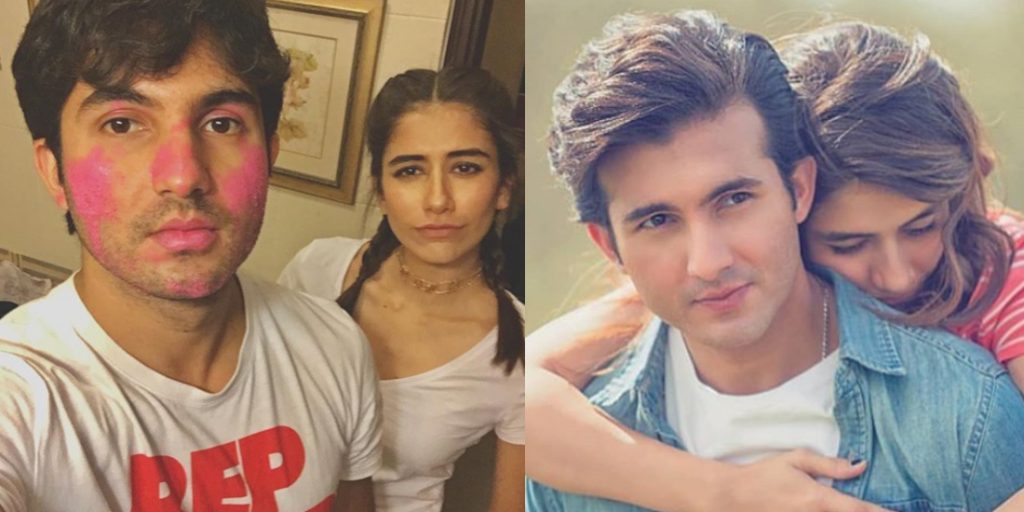 Syra Shahroze and Shahroze Sabzwari is the hottest couple in K-Town. They do the best of their work in acting and modeling; and not to mentioned VJ(ing). Syra Shahroze was a VJ back then when she started her career and was doing awesome work. Later she moved to TV and did her first drama serial “Mera Naseeb” in which people love her!
It was only then where her career in acting caught on and now she’s done a Pakistani movie as well.

There is something different about when a real-life couple becomes an on-screen couple. So, the ever favorite Syra and Shahroze are all set to be acting in a movie, that is yet to come!

We cant take our eyes off from this adorable click of #Syrashahroz and #ShahrozSabzwari from their upcoming film ! The real life couple all set to win your hearts as on screen couple on big screen.

But all people could see was in the above photo was something completely unusual.

HER NAIL COLOR! Is that even a thing of concern

I love you. Everyday ?

Just a few days back, Syra was severely bashed on her Instagram photo to which she replied that people’s comments are making her feel sick. Well, the hate that internet throughs on celebrities is gruesome at times. Let’s grow up!