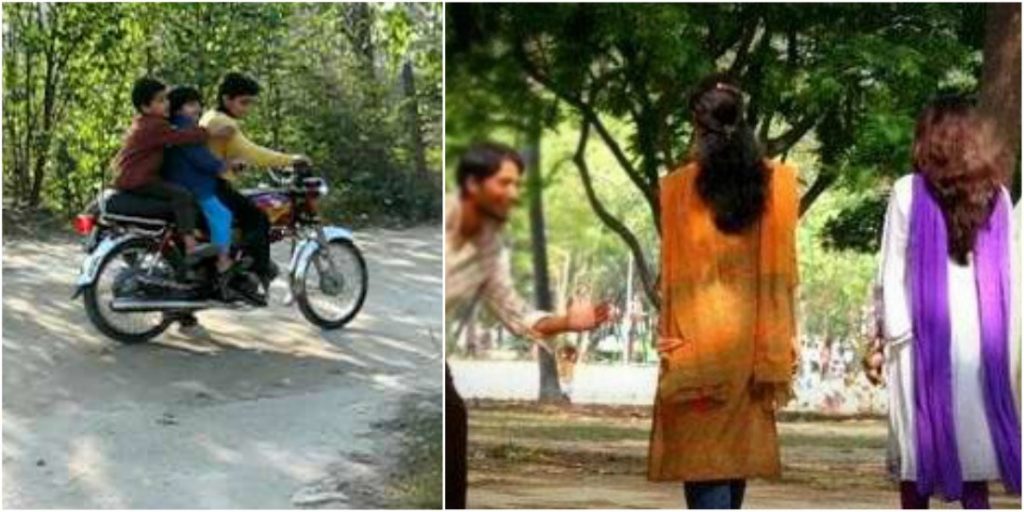 “I was on my way home from a routine walk and a few kids, who were half my age, attempted to harass me”

This is an incident that took place while I was on my way home from a routine walk and a few kids, who were half my age, attempted to harass me.

I’m a very common girl living in, as the people may call it, a posh area of Lahore. As my university came to an end just a week ago, I decided to give myself a break from all the stressful workload. I had already planned out my routine of taking daily walks around 6 pm and was motivated to do so regularly. Since the park was just 3 minutes away from my home, I was easily allowed to go there by myself. I live alone with my very protective mother and father, who in this case agreed that it was completely safe for me to go there alone.

It was one of the usual days and I had to go for a walk at 6 pm. After 30 minutes or so, I was completely drained out of energy and felt the need to go home and relax. Home, which can even be seen from where I walk. As soon as I exit the park gate, three boys of not more than 12-13 years of age were riding a bike. As soon as they saw me, they slowed down and said something. I couldn’t understand what exactly they said, but I chose to ignore them. The one in the middle turned and looked at me with a cunning smile on his face while I just shot a glare at him and crossed the street over to my house.

Meanwhile, there was a man walking by as well, who looked as if he was coming from his office by his formal dress code.

The boy at the farthest back told the one who was driving to carry on but he refused to say, “o ther te ja” (Please stop). I still chose to ignore them but when I passed by, one of them passed such a vulgar comment (not writing it down due to privacy concerns) on me that I can’t even tell it to my mother, with whom I share everything that ever happens to me. That was the moment when I lost my temper. I took a few steps back to them and retorted by saying, “tameez nahin hai tumhe?” The man mentioned earlier also heard what the boy said and was fully aware of the situation, yet he never tried to help me out. He just kept walking and glanced back only when I shouted at the boy and continued walking again.

The three of them weren’t expecting my comeback I guess. They all got confused and said we were only talking to one another, which was a white lie. I only replied, “thori tameez seekh lo” while I held back the urge to plant a slap on his face. Clearly, there was no regret shown by them as they just laughed and sped away.

I have never been more disappointed in my entire life. These are the same people who will reject “rishtas” by saying, “larki to bohat moti hai” but cannot accept us taking walks. What are parents teaching their children? What are they thinking when they let 12-year-olds ride a bike? How do these kids learn such obscene words? Is this what our new generation looks like? Where are we headed as a nation? I know a few of these questions will stir up the readers’ emotions. But honestly, the truth has never been sweet.

And most importantly, I was disappointed because no one came to support me. Those kids didn’t look educated by the way they talked but I guess education will fail you if you chose to be ignorant like that man who just entertained himself. People have lost the sense of morality. I am most certain that if this event had occurred with a family member of that said man, he wouldn’t have just *enjoyed the show*. I am disappointed at the mentality and sense of humor of the society we live in. This humor of yours traumatizes us, women just quit it already!

And for the people who will bash me with negative hate comments, I was wearing a very loosely fitted shalwar kameez and had covered myself completely with my dupatta. It’s not the fault of us women that every time we walk the streets alone, there are hungry eyes waiting for us. We belong to respectful families. We are human beings as well. We deserve a lot better than this vulgar treatment.