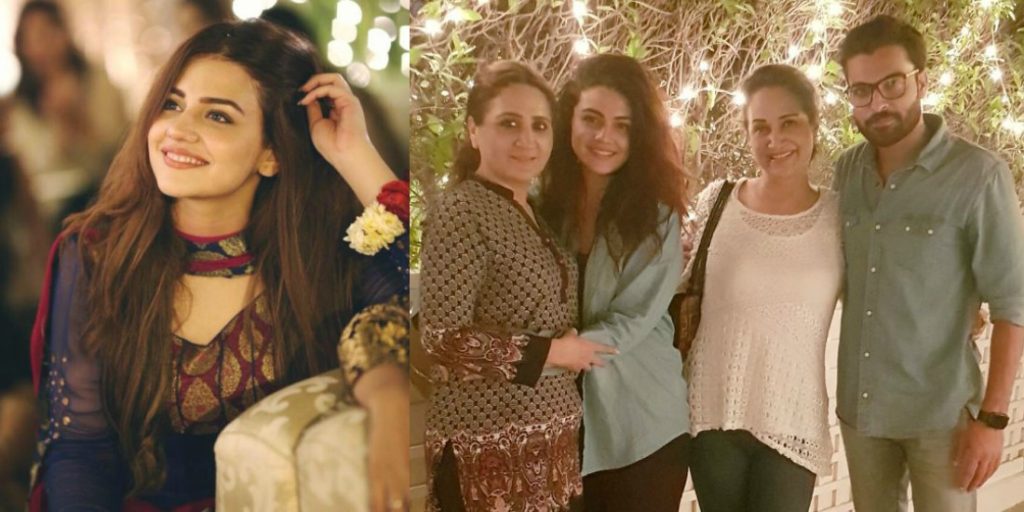 Zara Noor Abbas is being bashed on the internet. A social media page got into a conversation on how star kids don’t really need the talent to get into the industry. Zara made her debut in the drama “Dharkan” and that was her breakthrough in the industry. Apart from being an actress, she is a fashion designer and she designs all her clothes under the name of Zara Noor Abbas. She has done her masters in filmmaking from the USA. She is immensely talented and beautiful and not many TV actresses in Pakistan are as versatile as her.

Zara recently got married to Asad Siddiqui who is the nephew of the famous actor Adnan Siddiqui! The wedding got so much fame that it almost broke the internet. The wedding and the reception ceremony photos were all over the place and people were drolling over her dress and makeup.

Zara and her cute family!

Fairy lights and trees. And some really loving people. I got it all in my pocket. #DinnerDates #LaFamilia

Zara at such a young age has achieved so much and is an aspiring actress, but people labeled her. Not just that but they credited every achievement of her’s to her family. People even went as far as saying that no one can get into the industry if they don’t have any “parchi” after them. Along with it, the most hideous of all stereotype was uttered too, that you can’t get into the industry on the basis of talent but something else that can’t be said publicly. Well, such harmful stereotypes are not good for health! Let’s just get out of the bubble that our typical mindsets have created.

Zara all dolled up, she’s cute. No?

Every time a common citizen is being stereotyped, that becomes an issue but nobody talks about when a celebrity is being targeted. Let’s break these stereotypes and start changing the paradigm. Comment below your stance on this and let us know. Share with your friends to have a good on this weekend.