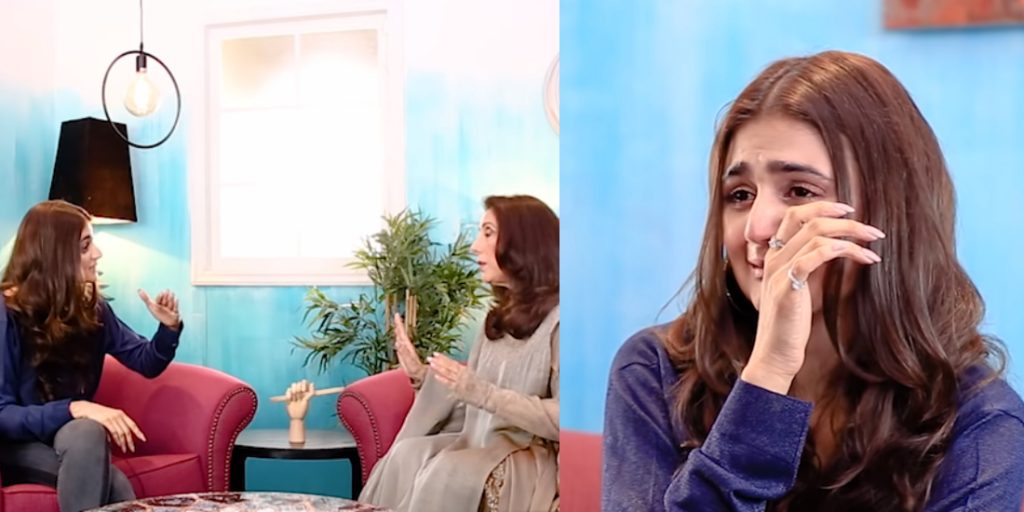 Hira Mani is now someone that almost every Pakistani household knows about. Hira didn’t come to the industry by talent acquisition program, but her talks in the interviews with Mani were liked by everyone. She was never the shy kind, she was pretty and all over the place. Hira, after getting married to Mani did a few rolls in dramas but stopped appearing on TV for a time. She wanted to give some time to her kids, but now after her sons are all grown up; she’s back on the stage and shining with work all over again.

Hira, in her recent interview, opened up about so many things that not many people knew about ever. She told about how she was raised in her parent’s house, how she was engaged twice before marrying Mani, how Mani came in her life and also how she completely changed after having children.

In the second part of the interview, she tells some grave realities about life. She tells Samina Pirzada about how after so many years, she still loves Mani; how she got emotional thinking about her marriage. She said that she loves her father and it was only after her marriage, she got to know that Mani is so much like her father. She loves Mani because he’s so much like the person she’s been seeing all her life an idealized all time to have a man like him!

She said that she got pregnant within two weeks after her marriage and she was too young when that happened. Mani was young too and both of them had tons of fight with Hira’s mood swings.

But what made her realize to abandon the materialization of this celebrity glamour will break your heart!

It was long after her marriage and kids when one day she was coming back from dinner, bringing food for her kids and besides her was a kid a sleeping. The kid was almost the same age as her son. He was sleeping making the brick his pillow and when she went close to him, he woke up started running. Hira grabbed the kid and calmed him down. She said that she’s brought food for him, the kid seemed a little unconcious.

After this Hira was shaken, how we go crazy about all the lavish things in life, whereas these kids sleep on the ride with an empty stomach.

It changed her perspective. Her way of looking towards life was completly diffrent now!

Shehzeen Rahat, a young and talented Pakistani actor began the new chapter of her life this week as she tied ...