This Leaked Picture Of Sarwat Gilani And Frieha Altaf Is Triggering A Lot Of Phuppos And They Need To Chill! 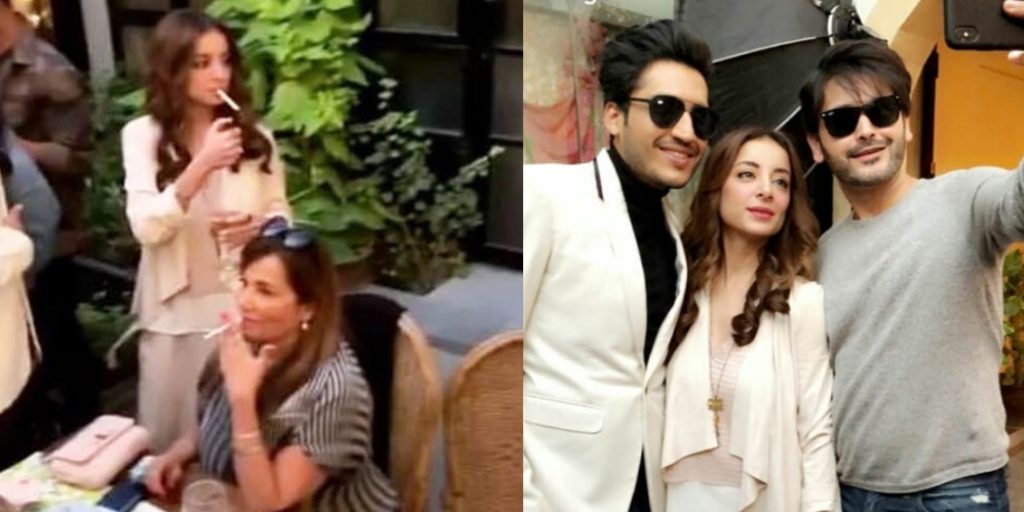 This Leaked Picture Of Sarwat Gilani And Frieha Altaf Is Triggering A Lot Of Phuppos And They Need To Chill!

Celebrity birthday bashes are the most fun to watch! Like who surprised who and who was invited and who dressed pretty and bla bla! There is plenty to watch! Just like before Aiman’s wedding, the twin sisters had their birthday coming and Mubeen decided to throw a HUGE party for all their friends and the party was lit AF. Matlab, what else do you need, when you have music, good friends and food around?

Seems like Mehwish Hayat had the most fun on her birthday too!

It was Mehwish’s 36th birthday and boy oh boy, she looks 20 something!

There were many family-like-friends on her birthday! The friends who have stuck together with her through years during her career, when she was just doing drama serials and wasn’t a superstar!

Sarwat Gilani and Fahad Mirza are just those friends to her…

But this blurry picture from Mehwish Hayat’s birthday bash is circulating over the internet!

Sarwat and Frieha Altaf were captured smoking cigarettes, and people reminded the internet of the times when Mahira was captured doing the same.

If the internet is responsible for making these celebs famous, then the same internet can be cruel sometimes! Or rather intolerant as well!

People on the internet become those sophisticated aunties who judge from afar!

Well, she’s inspirational! People should look up to Mahira. No?

Now that people have become phuppos and have taken out all the hatred in comments; nothing is left to say. Matlab when will our pyaray Pakistanis learn to be just a little tolerant and easy on celebrities? Celebrities, just like us, have normal lives and what they do in their private time should not be debated about on social media.

However, since they are public figures, people take a special interest in their lives and livelihoods, which isn’t something abnormal either, as it happens all over the world. In Pakistan, things still remain restrained as the West faces a huge cluster of Paparazzi wherever they go.

Everyone is free to have their own choice and they do not by any means promote smoking. This photo is made viral on purpose and as it’s blurry, someone took this photo in a haste, so they did not get caught.  What do guys think about this? Let us know in the comments below!