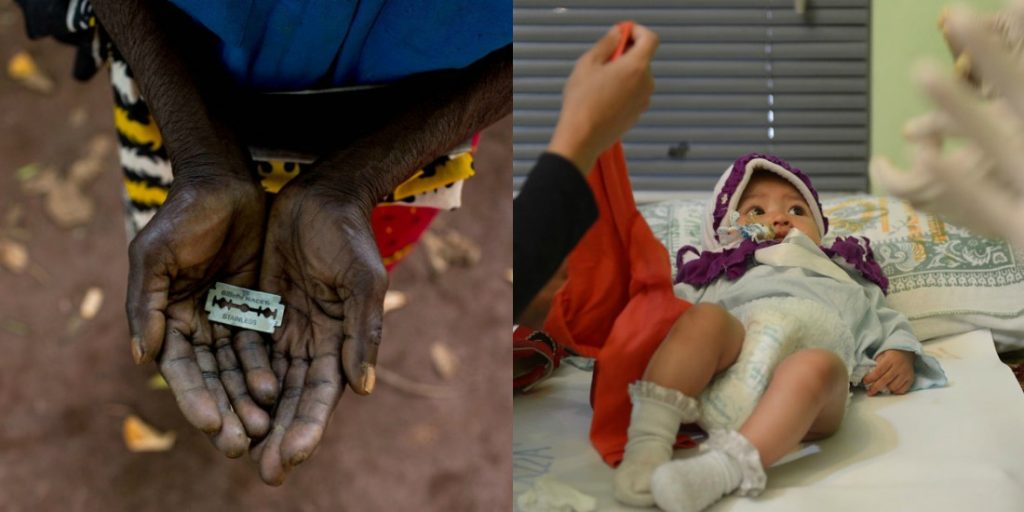 Here is the Untold Truth about Female Genital Mutilation

In a survey conducted by WHO, from girls under 15 years old, every year, almost 3 million girls are at risk of undergoing genital mutilation. In classification with 4 major types of female genital mutilation, one is clitoridectomy. In this, the partial or full clitoris is removed and in very few cases, the skin surrounding it is removed. Second is excision in which the partial or full removal of clitoris and labia minora takes place. The third is infibulation in which narrowing the vagina by stitching it to seal it. And, the fourth includes all the harmful practices on the female genital for non-medical purposes.

According to WHO and health experts, there are no health benefits that a female gets from genital cutting. It only increases the risk of severity of the procedure. It includes severe pain, excessive bleeding (hemorrhage), genital tissue swelling, fever, infections e.g., tetanus, urinary problems, wound healing problems, injury to surrounding genital tissue, shock, death. Some are long-term issues like psychological problems (depression, anxiety, post-traumatic stress disorder, low self-esteem, increased risk of childbirth complication, pain during intercourse and decreased sexual pleasure.

According to a research conducted by WHO, in 90% of the cases, the women have undergone clitoridectomy, excision and almost 10% are infibulations. In Pakistan, cutting of female genital has increased from which most of the cases are not even reported. The clitoris is also called the ‘haraam ki boti’ or ‘the source of sin’ and even before the young girl gets to know about the purpose of it, the genitals are removed.

The old practice of FGM (Female Genital Mutilation), which is as called as  ‘khatna’ or ‘khafz’ in any Muslim community is also practiced in parts of Africa, Asia, and the Middle East. As per UNICEF, around 200 million girls worldwide have undergone FGM which often causes severe physical and psychological problems. Although it is not mentioned in the Quran, many Muslim communities consider it a cultural obligation.

What’s  your take on this? Do you think this needs to be stopped? Let us know in the comments below.