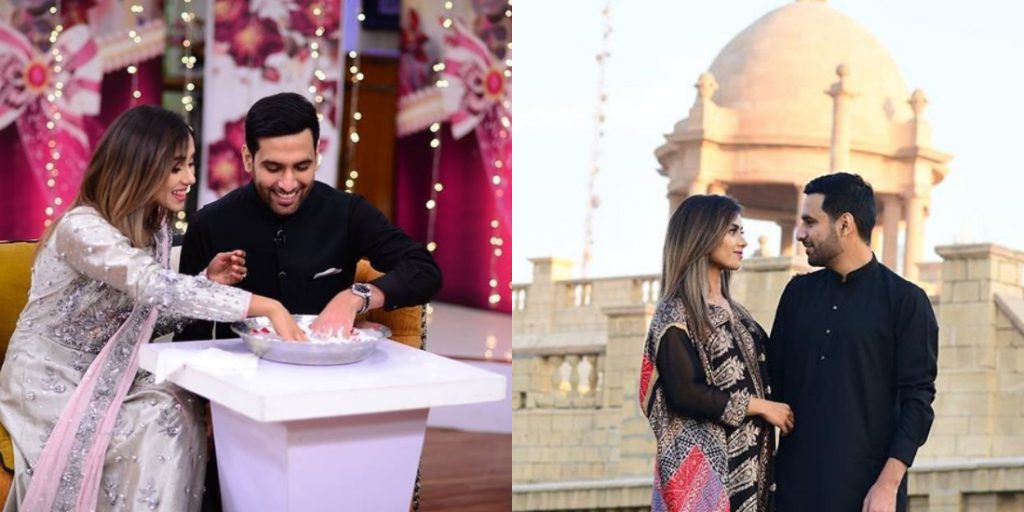 Zaid Ali the Pakistani Canadian boy, who got some crazy amount of fame from his funny videos. Oh! He doesn’t need any introduction, does he? Bhai, naam he kafi hai. He’s so young to have achieved all this. And for people who think that there are no efforts made and mind used in making all these videos; maybe you need to think again baji!

And people like him who start everything from scratch and make it to the shining names, their fans want to know details about them and their life. Though from Zaid’s videos, we do know that he immensely love his mother. And how can we forget that time when he gifted his father Mercedez from his own money. That was a precious moment!

All of his fans LOVE his cutestestest ammi!

Me and my cute little teddy bear mom 🙂

But recently, we were introduced to a new member in the family! Yumna, the prettiest girl. Yumna has barely been to any of his videos prior to their marriage but after their marriage, they shared some cute little moments together. Zaid Ali sure is a very loving person when it comes to his family!

But did you guys know that the couple is in Pakistan! YESS!!

So, taking advantage of the moment Nida Yasir invited the couple on her morning show! Annnnd she asked some questions. Can you guess what sort? Chalo choro, did you guys know what games did they play during the morning show? Oh! you wouldn’t want to know about that.

Nida Yasir almost remarried them by doing all the “rasmein” that they didn’t even do on their actual wedding!

#ZaidAliT with his wife #yumnazaidalit today in Good morning Pakistan on Ary Digital.

A post shared by Pakistani Celebrities (@pakistanidramacelebrities) on Dec 5, 2018 at 4:33am PST

But oh well, we had some very good moments from the show, where Yumna shared how Zaid helps her in house chores. And Nida exaggerated it by saying that someone should have recorded it.

To which Zaid very maturely said why making it a big deal when a guy works. SHABASH!! *cheer claps*

Zaid did handle it pretty maturely!

If you want to watch what else happened, here’s the whole show. 😉

What do you guys think about Zaid statement? Let us know 😉