Why Does Pakistani Society Still Consider Girls' Education A Taboo? 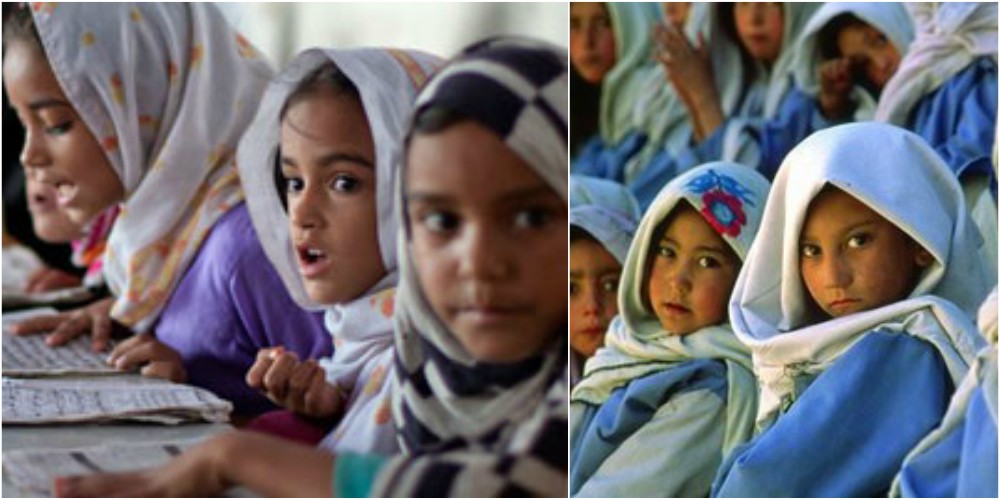 Why Does Pakistani Society Still Consider Girls’ Education A Taboo?

In our society, I have seen 3 major types of approaches towards educating women:

One sector (which is the majority, by the way) considers women’s education unimportant.

The third sector (which is a clear minority) places great importance in educating women because they truly understand and appreciate the value and significance of a well-educated woman.

Let me give you an overview of the kind of behavior each approach has. The first sector doesn’t really care about sending their daughters to school. Even if they do, it’s only till secondary school or intermediate at the most.

The second sector sends their daughters to school/college/university for as long as they don’t get the opportunity to send them away to “susral”. They don’t really care about giving quality education to their daughters. They are those people who send their sons to the best private universities they can afford and their daughters have to study in government colleges.

Even if the daughters are lucky enough to go to some good university, it’s because they have better chances of having a “good proposal” in future. Most of the girls are married even before they have completed their bachelors or right after it. Few complete their Masters. This sector believes that if their daughters don’t have to work in future, then there is no point spending their money on giving them the quality education.

The third sector not only gives their daughters the best education they can afford but allows them to choose their own path and live up to their potential.

I want to focus on the second sector. The first sector is usually the illiterate or uneducated sector with closed minds so this is totally what we expected from them. There is no problem with the third sector. But the second sector portrays a very hypocritical behavior given their intellectual capacity, don’t you think?

Keeping every argument they can come up with to justify their behavior aside, I just want to ask them one question – If they really care about their daughters, like truly, and they want them to be happy and prosperous, have they ever considered the possibility that what will happen if they chose to spend lacs on their daughter’s wedding instead of spending that money on a quality higher education? Let me paint the picture of just one horrifying possibility.

If God forbid, something goes wrong in the future, for example, the husband passes away or becomes unfit to support the family financially or if she is divorced, who will take care of her when they are not around? Who will take care of her kids if she has any? Do they realize that there are 99% chances that she’ll have to do it herself? And if she has to do it herself, how will she manage if she doesn’t have a proper and quality education?

It is no secret that job market in Pakistan is extremely competitive and companies are increasingly preferring candidates with a quality education. Not just that, every body knows how pathetic corporate culture towards women is in Pakistan. Only MNCs have a better work place environment for women. And every body knows the criteria of MNCs.

So why is it that these people choose to take such a huge risk with their daughters (and her children’s) lives? Why is it that, we as a society, fail to understand and appreciate the importance of making our women financially independent? Why are they so blind and deaf to the grave dangers lurking around the corner because of just one decision? Now, they might say that there is no guarantee that their daughter can have a secure future even if she has a master’s degree from one of the top universities. I agree!

There are no guarantees in this life. And that’s the whole point of this discussion. Besides, at least YOU tried your best. And that’s what should matter, really. Wouldn’t you agree?