This Mother Is In Dire Need Of Your Financial Help For Her 3-Month-Old Sick Child Who Can't Be Treated In Pakistan! 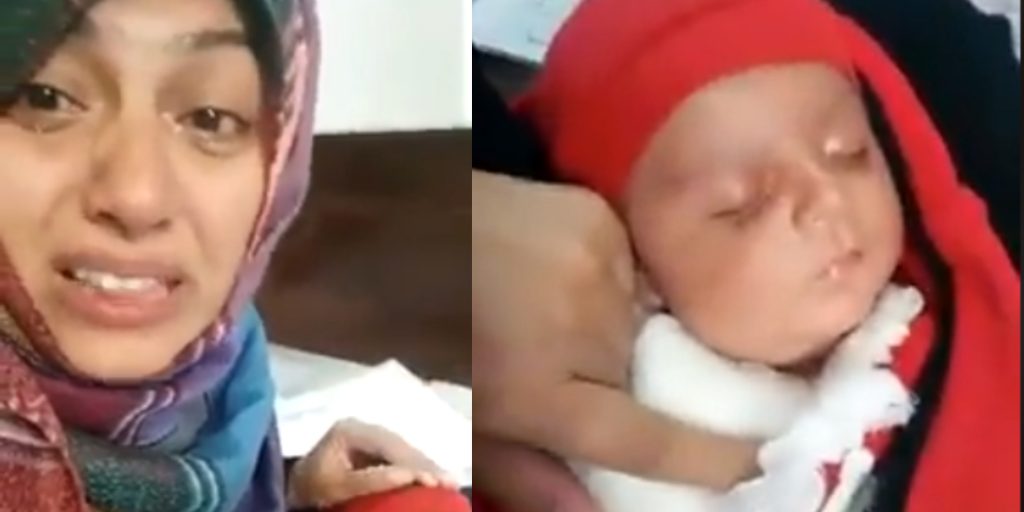 This Mother Is In Dire Need Of Your Financial Help For Her 3-Month-Old Sick Child Who Can’t Be Treated In Pakistan!

It is said that the most sacred of all love is of your mother. Also, that no one can love you as much as your mother. A mother’s connection to its child is so pure that she’ll cut herself into pieces to feed her kids. The mother who carries a child for 9 months in her belly, she spends endless sleepless nights; gets sick and weak but never loses hope.

A mother is actually not the one who gives birth to a child but also who raises a child. We can never differentiate from a mother who gives birth and the one who raises. They both feel equal when her kid fells from a swing or when her kid hugs her after coming from school. But imagine any such mother, who just got hold of her newborn and finds out he’s not well. Not well enough to function properly?! Like any normal kid, he can’t live the life the easier way.

This woman from Lahore is one of such unfortunate mother. This video of hers is going viral on the internet, where she’s holding her child of 3 months.

As this mother narrates, the kid’s windpipe and eating pipe are conjoined. Hence, he’s unable to eat from his mouth!

Help this mother If anyone can

Four days after he was born he was transferred to hospital for his treatment but the doctors are unable to treat him. The doctors operated him enough to feed him by attaching the food pipe to the baby’s stomach! But still, the baby is unable to function properly and is having a lot of problems, since the doctor couldn’t prevent the baby from infections.

The mother recorded the video showing the details of the checkup and tests that the poor baby had gone through since its born. She’s asking people to pour in some help. The baby needs to the medical assistance that is not available in Pakistan and has to move abroad for the medical checkup to have a sustainable, healthy life!

She’s a resident of Lahore and has shared her phone number and address so that no one could question the credibility of what she’s saying.