Recently the news that caught everyone’s attention was Aiman Khan’s being the most followed celebrity on Instagram. That naturally established the fact that she is the most liked actress of Pakistan. And following that, came in comparisons between her and her fellow celebrities. But what people saw and shocked them in response was her rapid weight loss. Liposuction? No! This pretty actress did it all herself with the help of some desi totkas that everyone gave her.

However, in this article, we will write down all her surprising secrets to losing weight. That too, this quickly. 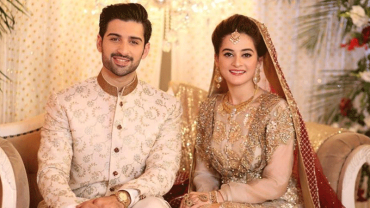 We have been hearing the stories on weight loss from many celebrities these days. Of course, they are all incredible stories that have inspired so many women to lose weight. 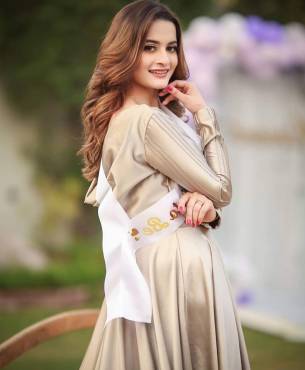 Starting from Adele’s to Srha Asghar making rounds on social media. Then also some other interesting stories on weight loss that are inspiring the masses. But Aiman Khan’s story, in particular, is one of the most interesting ones.

Weight loss after conceiving a child

There really is nothing like being a mother. It is an indescribable feeling of pure love that only exists between a mother and her child. Yet Motherhood isn’t always easy, we all have struggles. Sometimes we just need a little inspiration to let us know that we are doing a great job. But how do famous ladies like @aimankhan.official who become mothers in such a young age , handle all the hassle ? Watch and get to know yourself …

What makes her story the most interesting of all is the fact that she lost her weight after conceiving a child, which may sometimes come with complications if not done right. On top of that, the totkas she mentions are so simple and easy to be done at home that you’d be amazed. 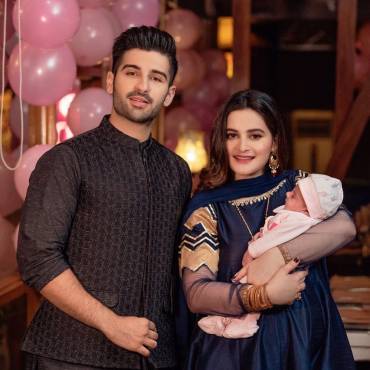 Here’s one of the totka’s she shared: 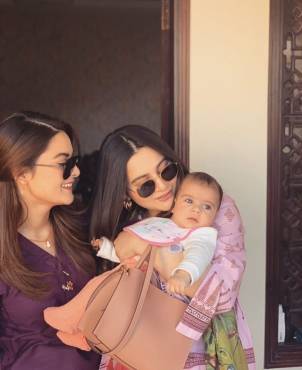 Then she went on to talk about her husband Muneeb who helped her get fit again. She also mentioned how she immediately started following a diet after the birth of her daughter Amal.

A bit about Aiman and her marriage

Aiman Khan married Muneeb Butt, another actor we see on TV, in 2018. In 2019, she became a mother of an adorable baby girl named Amal. Like every other woman, Aiman Khan also gained a lot of weight during her pregnancy. During pregnancy and after giving birth to a baby she faced post-pregnancy weight gain which is quite the case with many women. But what shocks everyone is her quicky recovery from weight gain. She lost quite a lot of weight in no time and left her viewers in wonderment until this video got released. 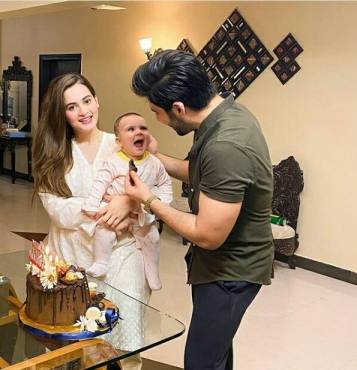 During the interview, she said, “After Amal was born, I gained a lot of weight. Muneeb would tell me that it is not an issue. However, I would miss my old self. I just wanted to lose weight for myself which is why I have worked hard for it. I have followed my diet plan quite strictly. Drunk black coffee. I Left Roti, Chaawal, drinks, and sweet things. Muneeb is very diet conscious so we used to cook diet food for ourselves.”

Adding to that, she further said, “Muneeb is not one of those typical men of our society. Although it was very difficult for me to adjust to a new household after marriage he was extremely helpful through and through. He took care of Amal the way I took care of her. Muneeb is very loving and caring. He gives proper time to Amal. I don’t think baby-sitting is only the mother’s job anyway.” 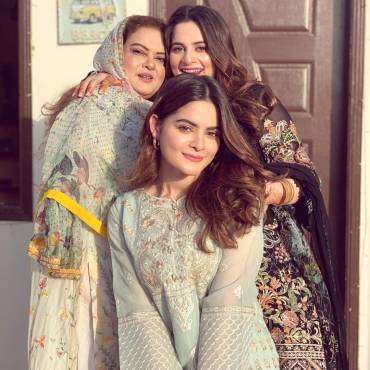 What do you think of the story? Let us know in the comments section below!