These 2 Lahori Girls Just Married Each Other Without Telling Their Families And Woah!! 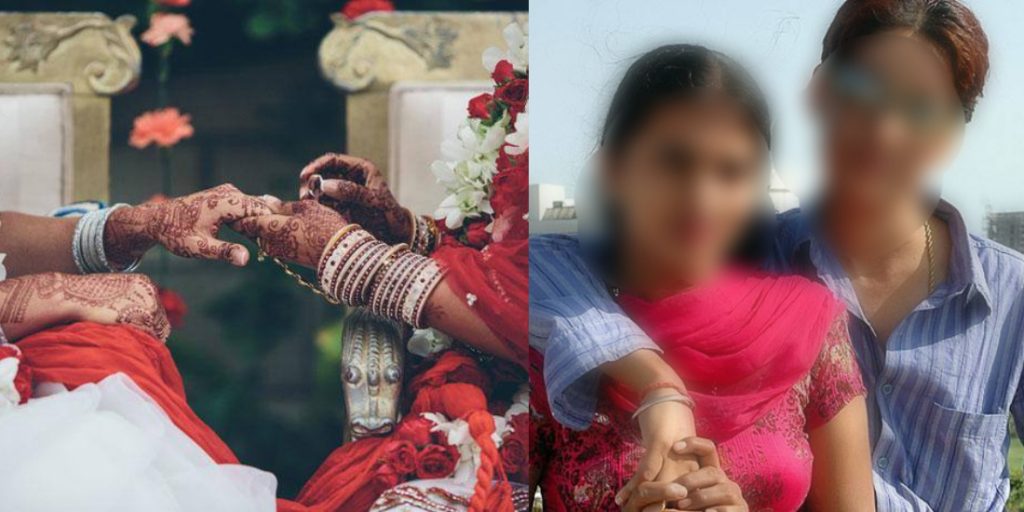 These 2 Lahori Girls Just Married Each Other Without Telling Their Families And Woah!!

From the time of world war 2, there were a lot of things that were introduced to the world which people have never heard before. Now, that we look back at that time and read history we’ll get to know that the concept of same-gender marriage was introduced from that time. It was at that time when people started analyzing their psychology’s alignment with their body. And it was the same time when the famous Danish artist had his first gender change operation, it was the first gender change operation to have ever happened.

Much later, almost half-century after that the U.S was succeful in legalising the same-gender marriages. After that India too was successful in legalizing it.

But, people in Pakistan who were quite umeedwar and expected the same to happen. Alas! This is not happening AT ALL!

Seems like these girls from Lahore, like to challenge the norms! Sobia and Sheza decided to get married and the world is shocked!

Sobia and Sheza got married! Where Sobia decided to be the husband and made Sheza her wife.

Maulana Shouqat Noorani’s had his take on this case where he said: “This is the Islamic Republic Of Pakistan, and we indeed have never heard of any such case here before… I am very shocked to hear this news. We need to see, how the proper education lacked in raising these girls. There is no doubt in it that this is a heinous crime in Islam. It is satanic! There should be strict action against this, so this doesn’t happen again.”

There’s a case on-going in session court over this marriage. People are worried about the possibility of such a marriage happening in Pakistan. Many think that it’s not even worth mentioning to anyone. But the question arises that if it’s such a taboo to talk about, how is anyone going to educate their kids? Be it in a religious manner or whatsoever.

As it is stated in Quran that it is haram and living in a country which has the basis of Islamic law; it is not just haram but unlawful too!