Ushna Shah's Latest Photo Shoot Has Triggered Many But Woah, She Looks Dreamy! 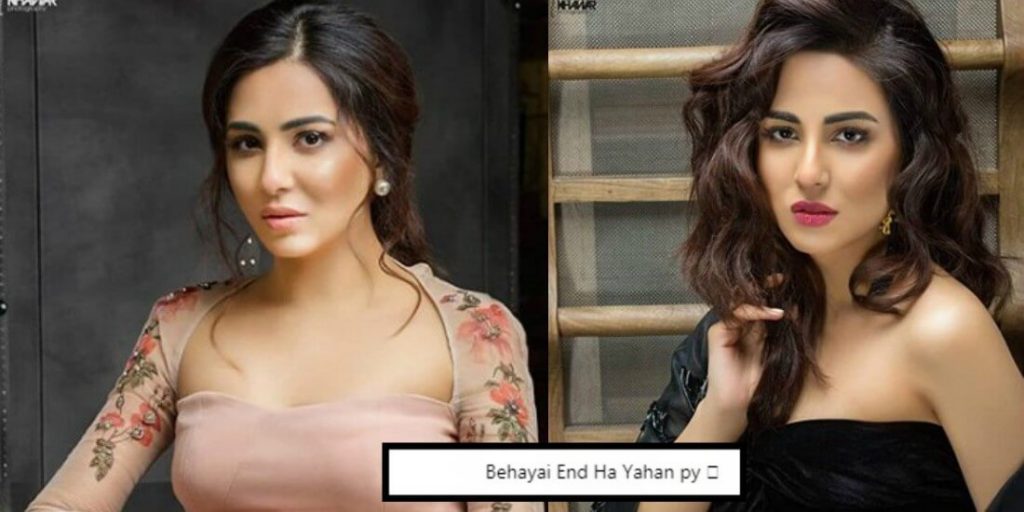 Ushna Shah’s Latest Photo Shoot Has Triggered Many But Woah, She Looks Dreamy!

Who doesn’t know about Ushna Shah? We love her remarkable performance as Reena Begum in ‘Alif Allah Aur Insaan’, carefree Bubly in ‘Lashkara’ and she-devil Nigar in drama serial Balaa. Ushna Shah is nailing each of her roles with extreme comfort.

She’ll be seen on the mini screen once again with Bilal Abbas Khan in ‘Cheekh’ along with other major actors including our beloved Saba Qamar, Aijaz Aslam, and Emmad Irfani. Her hard work in the drama serials with such versatility of characters will definitely pay off.

Recently, Ushna Shah worked with Good Times Magazine Pakistan which is a fortnight magazine covering fashion, food, culture, and lifestyle. While sharing the cover photo of the magazine, Ushna wrote a heartfelt note recalling the past memories.

I’ve had a great relationship with @gt_magazine since the start of my career and we almost always happen to collaborate on the Jan 1st issue. I am honored & humbled to be featured on this cover & start 2019 with them as well. ⁣⁣ ⁣⁣ A refreshingly intelligent interview conducted by the immensley talented new Editor in Chief @mehekrizvi (who is extremely hands on and even did my styling herself!).⁣⁣ ⁣⁣ Photography by @mohsinkhawarphotography ⁣⁣ Makeup by @zaragul.official ⁣ ⁣ *link in story*⁣ #ushnashah @marinahomeinteriors #mohsinkhawar #gtmagazine #balaa #balah

She Is Just Gorgeous!

Ushna In A Pale Pink Dress!

Now We Know Why There Is A Fire Hose Reel In This Picture!

Here Is How Her Fans Showered Their Love!

We Love Her Too!

But along with fans, there are keyboard warriors bashing her for such a ‘Behaya Photoshoot’ too on social media.

Do you want to add more to the story? Share your thoughts with us in the comments!