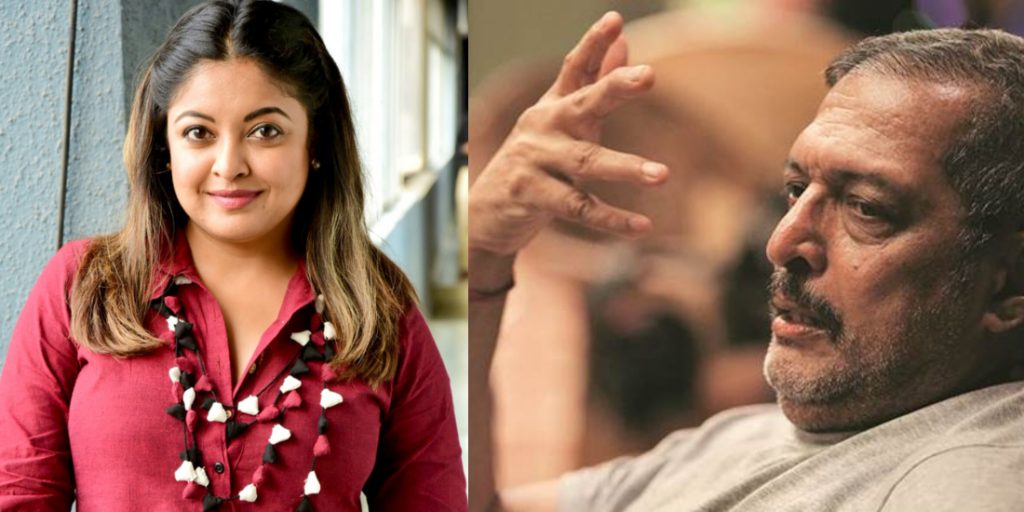 The #MeToo movement began with allegations of sexual harassment and rape against Hollywood mogul Harvey Weinstein and triggered a global movement. It sure did change a lot of things, how it created a wave where women from across the world opened up about their sad experiences; in support of other women’s tale, no one felt ashamed!

With many Pakistani and Indian celebrities coming out in public to tell about their experience of how they went through a storm and how it is to survives that alone.

Recently, Tanushree Dutta the Miss India Universe 2004, had an interview in which she told how she was harassed many times and that too named celebrities. One of them was Nana Patekar.

Her statements were shocking;

“Everyone knows about Nana Patekar that he has always been disrespectful towards women. People in the industry know about his background… that he has beaten actresses, he has molested them, his behavior with women has always been crude but no publication has printed anything about it”

All she said that inside the industry, everyone knows Nana’s behavior yet no one speaks of it

“Akshay Kumar has made few films with Nana Patekar in last eight years and Rajinikanth also recently worked with him (in Kaala)… If such big stars will keep working with these culprits then there’s no hope for any movement to happen.”

I dont just hope for a me too movement in India I hope for Mahabharata…HeyKrishnaa!! Take their heads o Lord of lords…and their souls….Aho Shiva!! Holy Father, your kingdom come ;your will be done on earth as it is in Heaven. #yahweh #shalom ???

She also said that if anyone dares to speak up, there are not many people who would come in support;

“I was probably one of the first people in the history of this country in the media field to speak up and stand up. Everybody saw what happened but the memory and the popular perception of it is that Tanushree Dutta spoke up against harassment and then she was no more,”

Nana Patekar was asked to comment on the claims that were made on him; but he chooses to stay silent

“The entire industry saw what happened but there was not one word of condemnation from anybody. Every single person in this country remembers my incident and this was something on national TV for three days but even today there’s a stoic silence on that. So, my question is, ‘Who is going to believe these hypocrites?’ These are the people who stand up and raise their voice against women empowerment,”

For a moment as great as #MeToo people would have to stop degrading the victim, and believe them. Kudos to Tanushree and many others who gathered the courage to speak and stand by themselves.