Karachi Women Football Team Was Targeted For Wearing Shorts But Their Response To Haters Is Pure Savage! 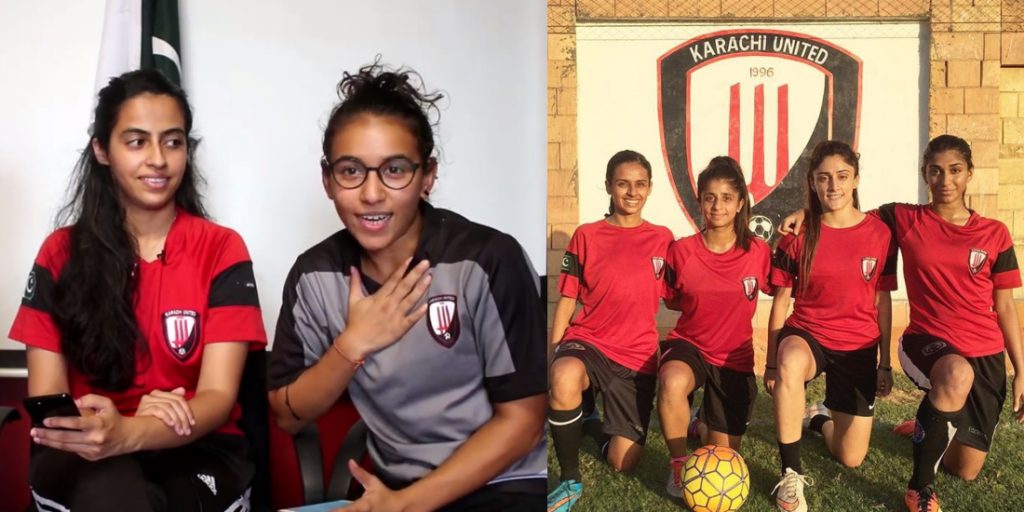 Karachi Women Football Team Was Targeted For Wearing Shorts But Their Response To Haters Is Pure Savage!

Pakistan has a strong history of women standing for professions, which anyone around the world would think twice before doing. We are proud to be that one country who had the first female Prime Minister, first female high altitude mountaineer, Samina Baig. We have women serving in police, we have women running businesses, we have women in sports. To be very honest, it is not easy being a woman let alone being in the difficult professions.

Women who mind their business are acing at whatever they do and it now happening a little too frequently. These girls from Karachi United who are kickass athletes and play football were photographed with smiling faces. But on the photographer’s page where he posted the photo, people went bonkers over the very image of girls in SHORTS!  Some people simply couldn’t register the idea of common girls wearing shorts in Pakistan. So they bashed them. People said VERY mean things to these girls in the comments. However, this not a new thing to many people, seeing girls being called names.

Look at these powerhouses!! DAMN

Khadija, Nina, Zulfia and Marina pose for a photograph in front of Karachi United’s official logo. Karachi United is one of Karachi’s most well known football clubs. Along with the boys team their academy also has a kickass women’s division that starts training girls as young as 8 years old to become the next football stars in the country.

YES!! This made us happy too!

But some people are always just plain “Jealous”

Really? And what about you staying in your bed, commenting on people like this? You must be a scientist then. No?

WHAT! Are they out of their mind?

These girls didn’t stay quiet! They had to reply to these people. BECAUSE IT WAS IMPORTANT

We aren't celebrities, and these aren't #meantweets, but #KULadies have a message for people who still can't believe that women in Pakistan play football! PS: Thanks to @mystapaki for taking a fantastic photo of us!#libaaschorodimaghkholo #hatersgonnahate #KULadies

What a comeback girls! LOVED IT! Yeah, many people would say that they shouldn’t care about what people say but sometimes it is important to reply back to shut people down.

Know any girl who is as badass as them? Tag her and tell her you are super proud of her. Cheers. 😉