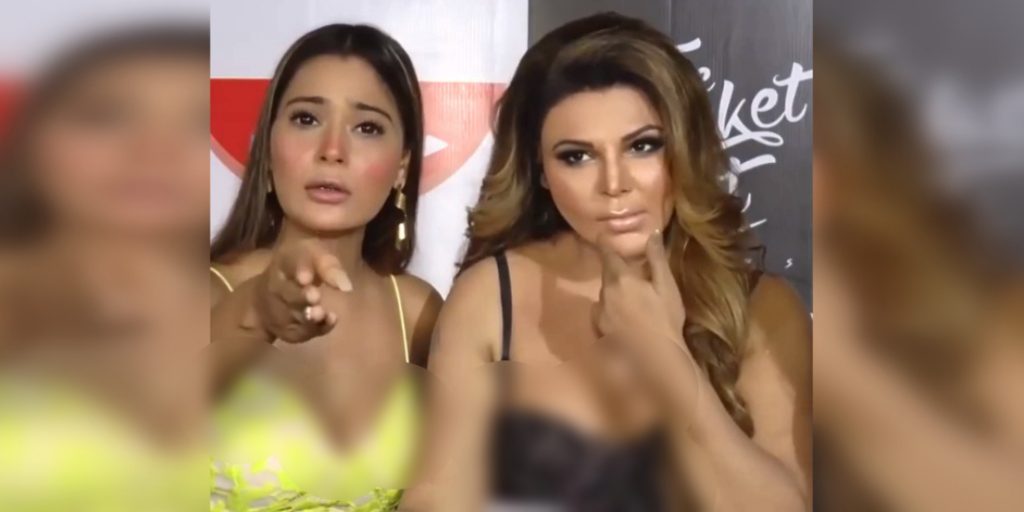 Sara Ali Khan, the famous Bollywood actress is probably the only actress from Indian TV to work on Pakistani TV. She was direly loved by people from both countries. Such cross-cultural exchange of talent has always benefited the artists for more fame and fan following. Like Mahira and Fawad Khan, and not to forget Saba Qamar too. These were the Pakistani TV stars who got bigger opportunities in Bollywood.

But then, there are many Indian celebs who have worked in Pakistani movies too; like Naseer ud din Shah who worked in “Khuda K Liye”! But Sara Khan was the first one to work on TV.

She was adored by so many Pakistanis and would still want to see her again on Pakistani screens!

How many of you saw her drama serial?!

Sara Khan just released the teaser of her song, and everyone’s jaw is dropped!

The teaser itself was enough for people to put up a debate for her being a Muslim and doing such a “Fahaash” video! In an interview alongside Rakhi Sawant, she was asked about when she was laying half naked in the video she would face backlash! To which her reply shocked many Muslims.

Have a look at what she said!

Sara Khan said that “if in Muslim community people say that a girl should wear Burkha, then why people don’t say that a man should have a Burkha on their eyes?!” She added that “Why do men see such things, why can’t they have parda on their eyes and women should walk freely”.

She clearly said that “Women should be respected more because we gave birth to you, otherwise you men wouldn’t even exist.” Her interview received much backlash than the actual video. Because it triggered many Muslims!

What do you guys think about it? Did you guys see her video?